This historical province certified in the old annals of the historians as voievodeship ever since the 14th century, includes the territory between the Carpathians, Danube and the rivers Milcov and Siret. Currently, next to important cities with economic and cultural characteristics such as Bucharest, Ploiesti and Buzau, Muntenia also includes two picturesque areas, veritable tourist attractions: the first is Prahova Valley and the other one Arges Valley.

a) Prahova Valley - at its origins a simple entrance artery in the wonderful Bucegi massifs, is considered today a big tourist attraction with a charming landscape and resorts that bring fame to this tourist are.
Sinaia a formal royal residence and carrying a saint name, the one of Sinai mountain, is a resort situated at an altitude between 798 and 1055 m, on the south-eastern slope of Bucegi Massif along Prahova valley.
With a rich cultural-historic past, the resort benefits in addition to the wonderful landscape, of numerous tourist attractions that deserve to be seen: Peles Castle, the Casino, The Memorial House George Enescu . 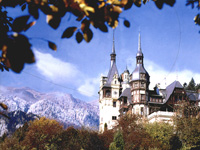 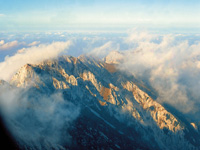 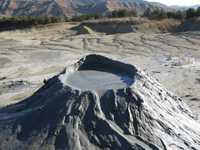 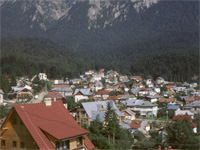 From geographical point of view, the city is situated at the basis of Bucegi Mountain, in a very picturesque area. If you want to feel something you have never experienced, visit the Bucegi Plateau. Once you have arrived here you will feel like you would have climbed on top of the world. Looking at this wonders of nature, you realize, you are just a drop in the ocean of time, as if time stopped. It is said that the old Sphinx is a meeting place of the former inhabitants of these lands, the Dacians. Situated at 2216 m altitude, the Sphinx, monument of nature created along the years by the action of the rains and the wind erosions, looks like the representation of a divinity. Next to the Sphinx, there is the group of rocks called Babele (Old Ladies). In tight connection with the Sphinx, the rocks were surnamed the Cyclopean Altars from Caraiman.

b) Arges Valley – offers the occasion of visiting Curtea de Arges with the famous monastery of Neagoe Basarab voivode, the reservoir and dam from Vidraru, as well as the opportunity to cross the tallest mountains from Romania on the road called Trasfagarasan. Vidraru dam, the fifth in Europe at the inauguration date, is a domical concrete dam, situated on Arges river, on a distance of 28 km length between Cumpana and Oiesti. It has a volume of 465 million cubic meters, with a retention level of 830,0 m above the sea. 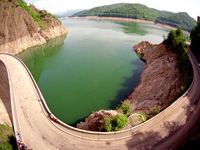 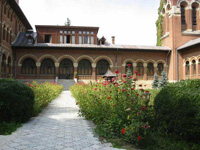