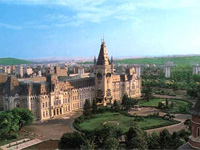 Moldavia is in its whole a province of a rare beauty, a place blessed by God with certain particularities which make it unique in Europe. Situated in the East side of Romania, Moldavia covers the mountain area of the Eastern Carpathians going over the subcarpathian hills and Moldavia Plateau, until Prut. Among the most important cities of this area: Iasi, Piatra Neamt, Targu Neamt, Bacau, Vaslui. 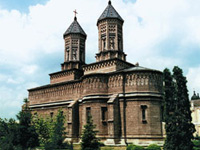 IASI - surnamed the city of the 7 hills, has an impressive cultural, historic and artistic patrimony. In the former capital of Moldavia, situated in the Copou garden, there is one of the oldest monument in the country: the Monument of Constitutional Rules known as the Obelisk of Lions. Here we will also find a diversity of architectonical styles which place Iasi in the first positions as cultural cities in the country: The University, The National Theatre, The Culture Palace, the Three Hierarchs Church (Trei Ierarhi where there are the bones of rules DIMITRIE CANTEMIR, Alexandru loan Cuza, and the relics of Saint Parascheva, the patron of Romanians. Many houses of some famous writers are kept here and transformed in memorial houses.